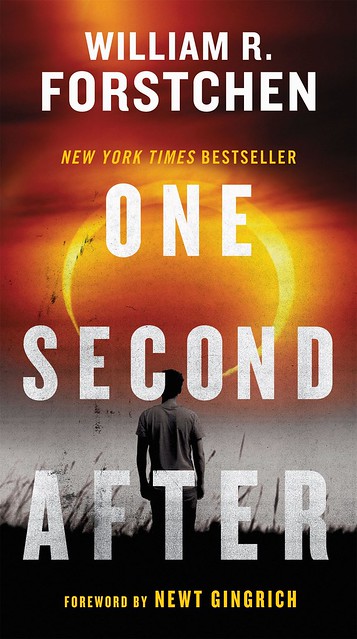 Audiobook ONE SECOND AFTER by William R Forstchen no CD MP3

I am a new seller and will have all types of different products uploaded. Please keep me in your favorite list, check back often and I look forward to doing business with you.
DealsfromA2Z
Location:
Member Since:

"FREE SHIPPING to Canada, U.S.A. and Internationally ONE SECOND AFTER by William R Forstchen Narrated by a male voice The length of the audiobook is approximately 13 hours 16 minutes. There is no CD with this auction. It will be shipped by email to your email and/or Atomic Mall messages as an MP3 file. Buyer can use this file for all purposes except reselling Publisher's Summary New York Times best selling author William R. Forstchen now brings us a story which can be all too terrifyingly real...a story in which one man struggles to save his family and his small North Carolina town after America loses a war, in one second, a war that will send America back to the Dark Ages...A war based upon a weapon, an Electro Magnetic Pulse (EMP). A weapon that may already be in the hands of our enemies. Months before publication, One Second After has already been cited on the floor of Congress as a book all Americans should read, a book already being discussed in the corridors of the Pentagon as a truly realistic look at a weapon and its awesome power to destroy the entire United States, literally within one second. It is a weapon that the Wall Street Journal warns could shatter America. In the tradition of On the Beach, Fail Safe and Testament, this book, set in a typical American town, is a dire warning of what might be our future...and our end. Audiobooks are voice recordings of the text of a book that you listen to rather than read. Audiobooks can be exact word-for-word versions of books or abridged versions. You can listen to audiobooks on a music player, cell phone, computer, tablet, home speaker system or in cars that support streaming audio. Devices for Listening to Audiobooks: Audiobooks are available as digital audio files, they can be used on a wide variety of consumer electronic devices. Some examples include: - MP3 players - PMPs (portable media players) - Smartphones (Android and iOS) - Internet tablet devices such as iPads - Home stereo systems - Cars that support streaming audio from media players - Computers THANK YOU and ENJOY YOUR AUDIOBOOK PLS NOTE IAM THE COPYRIGHT OWNER AND HAVE RESELL RIGHTS"

Your audiobook will be shipped to the email address you provide upon payment. All audiobooks are shipped within 24 hrs of recei