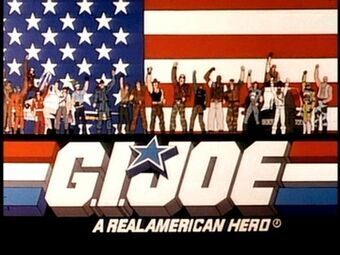 In this Post your getting the G.I. Joe Archive Collection

GI Joe is the code name for an elite strike force comprising of personnel from all branches of the United States military. Their primary purpose is be a counterforce to the huge terrorist organization called Cobra which is gunning for world domination.

The series debuted in 1989, with a five-part mini-series titled Operation: Dragonfire. The regular series began in 1990, lasting for two seasons and 44 episodes. The series continued the original G.I. Joe animated series produced by Sunbow Productions

The G.I. Joe Extreme series was produced by Sunbow Entertainment (who co-produced the first G.I. Joe TV series), Graz Entertainment, inc. and Gunther-Wahl Productions, inc. and distributed by Claster Television. Set in the (at the time) "near future" of 2006, the show's main threat is a new, emerging terrorist organization called S.K.A.R. led by Iron Klaw, the former count of an eastern European country

G.I. Joe: Sigma 6 is a continuation of the two direct-to-video G.I. Joe CGI movies, G.I. Joe: Spy Troops and G.I. Joe: Valor vs. Venom, both films produced by Reel FX Studios. Several references are made to events from Valor vs. Venom, such as Cobra Commander being captured and in prison, Overkill recovering from his injuries, and General Hawk suffering a change in his DNA. Snake Eyes continues to have Kamakura and Jinx as his apprentices. Despite these connections, there are changes that bring to question how much of a continuation Sigma 6 is from A Real American Hero.